O2 Runs Out of iPhone 3GS 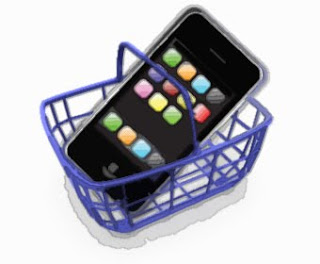 Crap! Since the very first time I heard about iPod I was intrigued to buy it! Not that I am your classic kind of "I-love-any-gadget" type of person but the possibility that you could hold in your hands an interactive, user-friendly, smart and devilishly quick (yeah, yeah... I heard you complaining but hope dies last. And I betcha that compared to my current rather problematic and still so bloostiff Sony Ericsson typing and navigating through the iPhone will feel like popping the clouds!)

In the beginning, having heard of all the criticism surrounding the launch of the iPhone I decided to wait a bit, just to see what happens. You see, Apple has managed to raise the audience's expectations a far way more than any reasonable marketeer would advise them it's safe to do... and that's why they were bound to come up quickly with a better and much faster version or say goodbye to their.... million investment. In July 2007, New York Times reported on the consumers' anger over how "bad investment" they though iPhone was.

Two years later, the new version is here and while we are all so excited about it (ok, we might not be the 'early birds'.... we hesitated yes, but do we deserve to be punished in this way? )

I have been waiting nearly a year for a my contract to finish so I can buy the new iPhone at last. But allegedly O2, currently the exclusive provider of iPhone 3GS has run out of iPhones! How is this possible? I have been calling O2 every other day for the past two months trying to figure out what is going on with the iPhone supplies. No stock. They got no iPhones.

Bur rumour has it that their exclusive deal with Apple is to expire around the 9th of October. Now, this might explain a lot. It could be that Apple decided to cut O2 down just before the exclusive deal expires so they can negotiate far better deals for themselves with the other mobile providers given the unprecedented level of demand.

If that's the case I can wait a bit longer. It's highly unlikely given the current level of demand that the providers will enrol to a price- war, but it still means that we will at last have the luxury of choosing the provider we reckon is best.

I said I can wait but to be honest I really can't wait to get my hands on that beauty! :)
Posted by The What Girl at 11:55 No comments: